The Arecibo Legacy Fast ALFA (Arecibo L-band Feed Array) survey, or ALFALFA, is a blind HI survey that has detected over 30,000 HI-bearing galaxies across approximately 1/6th of the sky. Unlike AMIGA this is not a targeted sample so it represents an unbiased accounting of the HI galaxy population, rather than one that specifically targets only the most isolated galaxies. However, as ALFALFA requires a galaxy to contain HI in order for it to be detectable, these galaxies are generally field objects, not those in clusters which are usually devoid of neutral gas, and thus ALFALFA represents an intermediate sample with which AMIGA can be compared.

The measured value of the low-mass slope in the 100% ALFALFA catalogue is considerably flatter than the preliminary findings from the 40% release. This is because the ALFALFA survey footprint is split into two separate regions called the Arecibo Spring sky (towards 12 hr RA) and Fall sky (towards 0 hr RA). The 40% catalogue mainly contained coverage from the Spring sky and we find a marked dichotomy with the low-mass slope being around 0.15 flatter in the Fall sky. We attribute this to cosmic variance, but hypothesise that the root cause may be the gas-rich filaments that are flowing into the Virgo overdensity that dominates the Spring sky, i.e. that this is an environmental effect. This variation indicates that although we have a very precise measurement of the low-mass slope, it is only representative of the Local Volume and a larger and deeper survey is required to tightly constrain the global z = 0 value.

We also find that the “knee” mass is apparently suppressed within the Local Volume, with it decreasing by approximately 0.2 dex when only considering galaxies that are closer than about 60 Mpc. This finding conveniently explains why HIPASS (HI Parkes All Sky Survey) found a smaller value of the “knee” mass than ALFALFA, as this previous survey was considerably less sensitive and thus detected the majority of its galaxies at smaller distances. However, when considering the full distance extent of ALFALFA the “knee” mass is not found to vary across the sky (unlike the low-mass slope) which is a strong indication that the ALFALFA measurement is a truly cosmologically fair estimate of the z = 0 value. 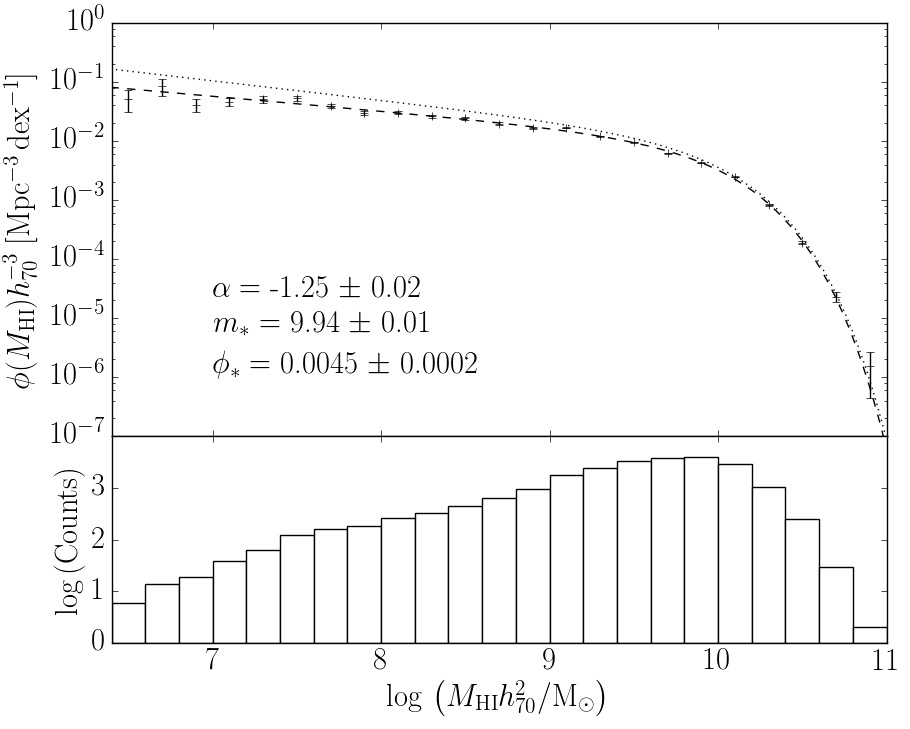 Fig 1: The ALFALFA HIMF. The lower panel shows the observed number of sources in each logarithmic mass bin. The upper panel shows the HIMF after corrections for selection effects and large scale structure. The points and dashed line show the values and Schechter function fit for the 100% ALFALFA catalogue. The dotted line is the Schechter function fit to the 40% catalogue. 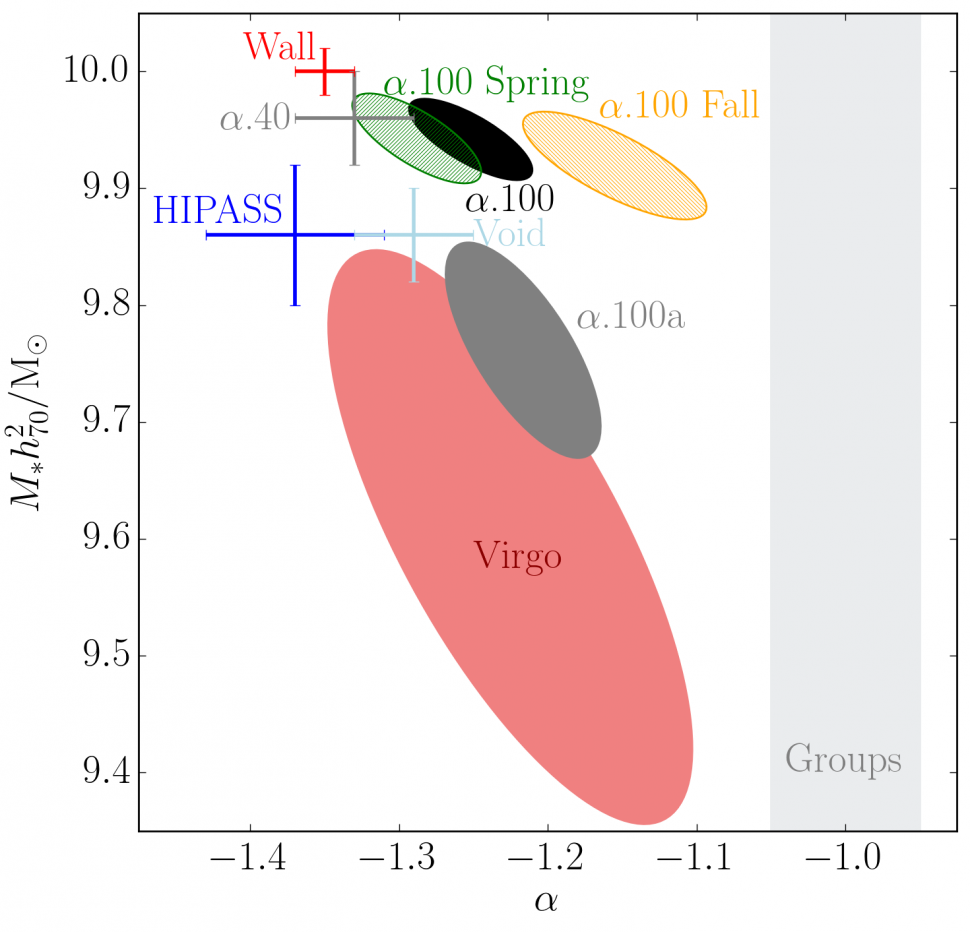 Fig 2: Comparison of the Schechter function shape parameters, the low-mass slope (alpha+1) and the “knee” mass, for various surveys and samples. The ellipses and errorbars indicate 2-sigma Poisson uncertainties on the values.