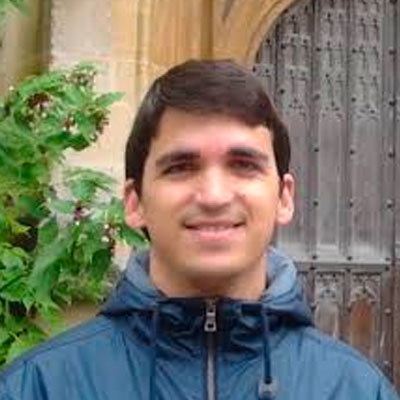 Sebastian did his Computer Science degree at the University of Málaga. As part of the degree, he had the opportunity to work in the development of apps for Mobile Ad-hoc Networks at the University of Luxembourg, and he was awarded an Erasmus scholarship at the Polytechnic of Milan (Italy) where he learnt how to apply Machine Learning algorithms to predict distant metastasis in early-stage breast cancer women.

After graduating he worked as a research assistant at the University of Málaga for a couple of years. On the one hand, he evaluated wireless communication technologies (IEE 802.11g standard) for Vehicular Ad-hoc network both through simulations and field tests. On the other hand, he was in charge of upgrading a Linux cluster as the shared computing platform for researchers in the group. His expertise managing Linux clusters took him to work at the University of Oxford to run the computing infrastructure underpinning research in Computational Genomics, where he developed an interest in Open Science to help researchers catalyze in-silico based analyses.

His interest in Open Science brought him to the AMIGA research group where he is now contributing to define the design and implementation of the computing infrastructure to host a prototype of a SKA Science Regional Centre at the Institute of Astrophysics of Andalusia, with the goal of promoting open and reproducible science across the different research groups involved in this initiative.