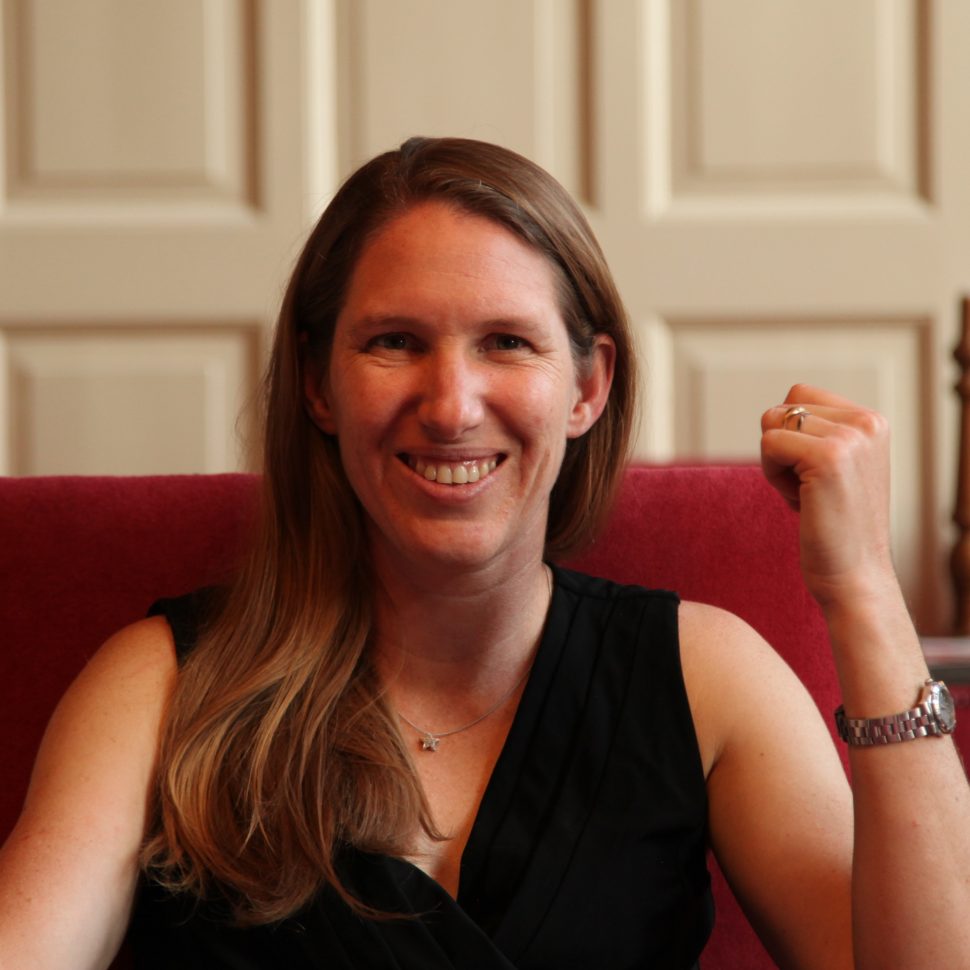 I was first introduced to radio astronomy and its impressive ground based telescopes as an undergrad at Cornell University: observing for the ALFALFA survey with the Arecibo Observatory in Puerto Rico, and as an REU summer student at the NRAO in Socorro, New Mexico, home of the Very Large Array.  I did my Masters and PhD in Astronomy at the University of Wisconsin-Madison.  My thesis, “From Loose Groups to Supercluster: the HI Ecology of Galaxies” looked at how accretion of neutral hydrogen gas happens across a variety of size scales.  At small scales, I studied the high velocity cloud analogs and the galactic fountain in an external galaxy, NGC 2997.  On larger scales, I used the ALFALFA survey to study how galaxy groups and clusters are assembled through the accretion of gas rich galaxies from the surrounding environment.

In 2011 I began a postdoc at the University of Cape Town where I contributed to the science commissioning of the KAT-7 radio telescope, the prototype for MeerKAT. I continued my work on HI in galaxy groups and how substructure in clusters combined with HI and other wavelengths can tell us about how clusters are assembled.  In 2014, I took up a joint position at Kapteyn Astronomical Institute and ASTRON, the Netherlands Radio Astronomy Institute, where I contributed to all aspects of survey strategy development, testing, commissioning, characterizing, and HI source finding and catalog generation for the Apertif surveys.  I wrote the first spectral line paper using Apertif data on the discovery and characterization of line ratios for the 4th brightest known hydroxyl (OH) megamaser.  I am also the Survey Working Group co-Lead of the WEAVE-Apertif survey which will conduct large integral field unit (LIFU) follow-up of 400-500 HI detected galaxies from Apertif to study how internal and external processes move galaxies from the blue cloud to the red sequence.

In addition, I am an active member of the CHILES, LADUMA (Stacking Provider Working Group co-lead), WALLABY, and 4HS surveys. I participate in software development for spectral line source finding (SoFiA) and single dish+interferometric data combination.  I currently lead two projects imaging two nearby clusters and their surrounding environment with the MeerKAT telescope, and I continue to develop the HI source finding and science data products for Apertif.