Calibration of LOFAR ELAIS-N1 data in the Amazon cloud

Calibration of LOFAR ELAIS-N1 data in the Amazon cloud

The International LOFAR Telescope is a next-generation software-driven telescope operating in the poorly explored 30–240 MHz frequency range. With an unprecedented field of view, and multiple beams, LOFAR is opening up a completely new phase of radio astrophysics, as well as being both a scientific and technical pathfinder instrument for the SKA.

However, the calibration of LOFAR data presents several challenges:

» Read more about: Calibration of LOFAR ELAIS-N1 data in the Amazon cloud  »

Due to the scientific interests of the AMIGA collaboration in the study of galaxy evolution as traced by HI emission, 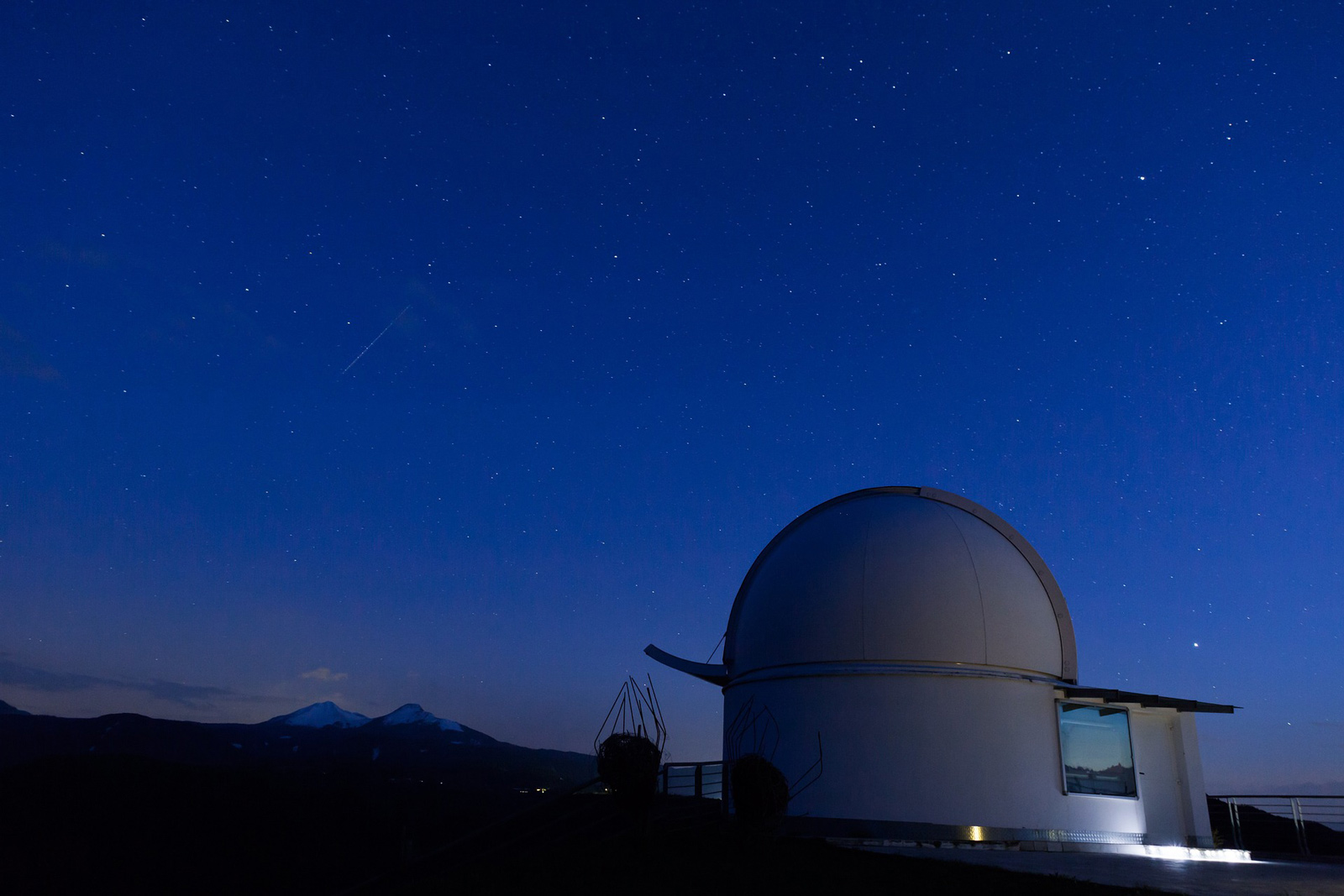 The first bottom-up Spanish regional initiative to push e-Science developments. It was funded by the Junta de Andalucía as a Projecto de excelencia (TIC-02302) from 2007 to 2010.

One of the current challenges in Astronomy is the efficient exploitation of the huge volume of data currently available. This efficiency is needed in order to ensure the prompt return of the big investments made in terms of facilities to obtain those data, something that clearly the traditional methods of analysis are not currently achieving.

CANUBE is an Open Science Project granted by the Second Call for Proposals of the Bio-TIC Campus of International Excellence of the University of Granada (UGR). The project proposal is published as CANUBE: Ciencia Abierta en la NUBE with a CC-BY-SA licence, we will try to provide access as open as possible to all our performed jobs during the project. 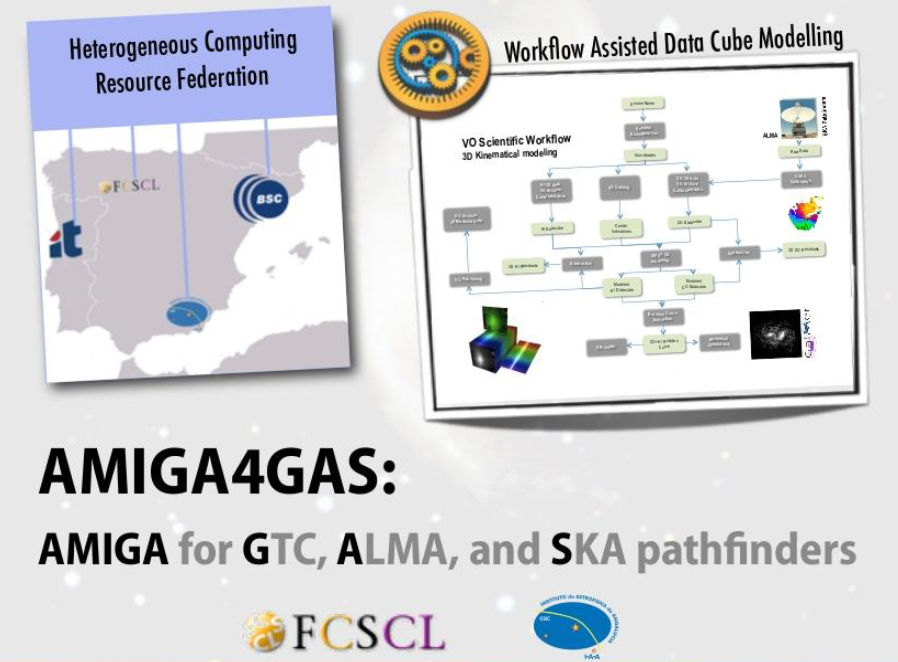 Federation of a distributed infrastructure

The efficient exploitation of the Exabyte–a-day data rates, such as those expected to be generated by the SKA, represents the biggest challenge for ICTs (Information and Communication Technologies) in the world to date. SKA pathfinders will reach the Terabyte-a-day scale, remarkably increasing the leap in the volume and complexity of present astronomical archives. These volumes preclude standard storage and analysis approaches, and need analysis and data mining tasks to live within data repositories, 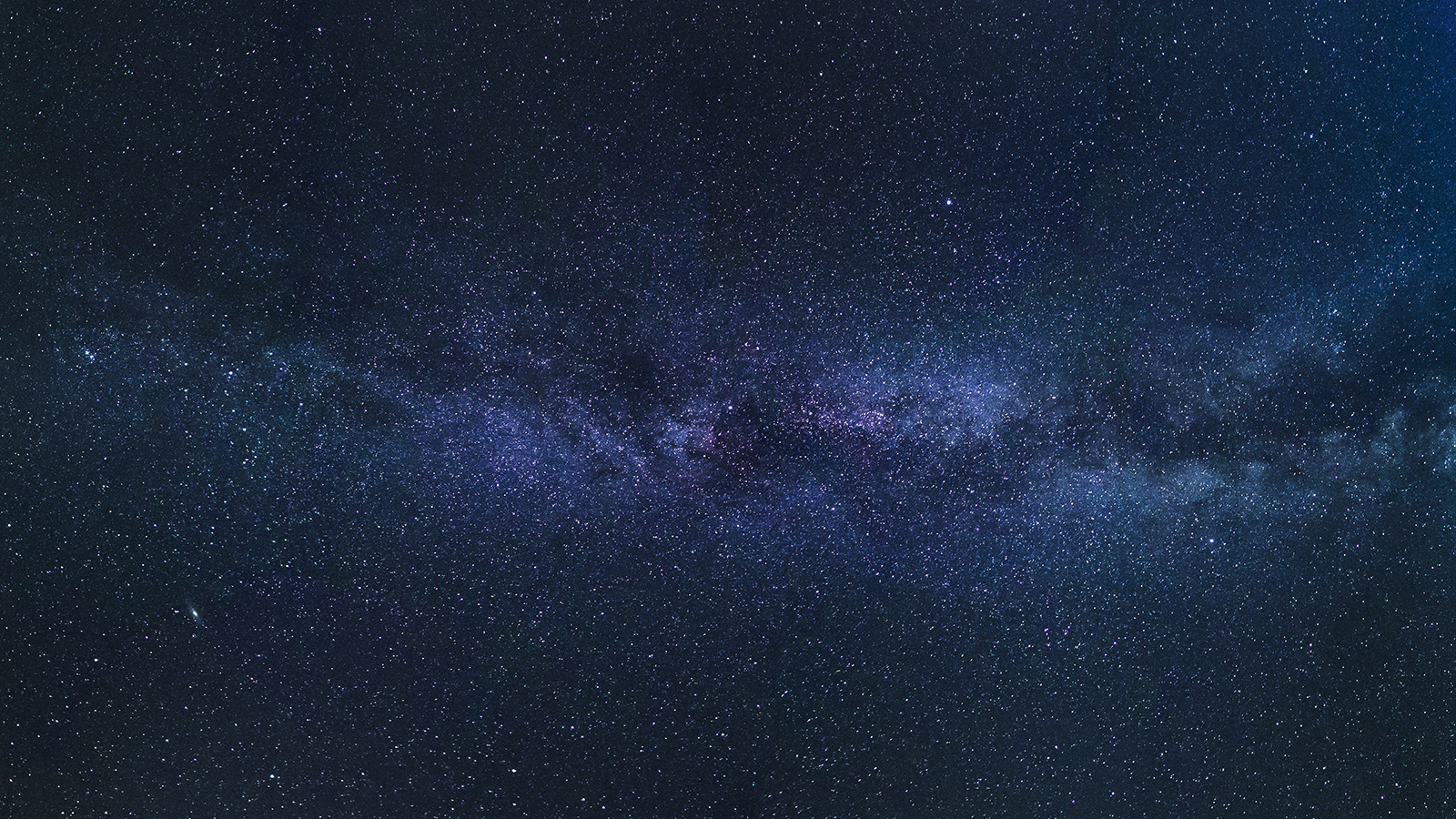 The Square Kilometre Array (SKA) is a radio interferometer in development by the SKA Organizationthat will have a total collecting area up to one square kilometre – and will therefore be the world’s largest radio telescope – distributed among several thousand antennas across continental scales with baselines up to 3000 km wide. It will cover a broad radio-band range (70MHz-10GHz in a first phase, up to 25GHz in the second phase),